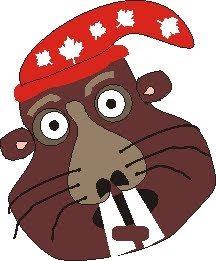 WOW! We all suspected beavers on government pay cheques were wizzing down the rapids on bigger and better logs and living in fancier beaver lodges, but 41.7% higher compensation than comparable private sector wage slaves is downright larceny!

The Canadian Federation of Independent Business reported this statistic on page 9 of its' newly released report: Restoring Canada's Fiscal Fitness. Basic salaries are 17.3% higher for the same jobs in the public vs. private sectors.

With their unions repeatedly extorting (extort: obtain by intimidation, importunity, etc.) the politicians, who graciously accept pay raises to keep up with the unionized civil servants, the whole Canadian economic engine has been gummed up and slowed down to a snails pace. Since 1968, when the teachers unionized, the government beavers and weasels have grown fat whilst the private sector corporate wage slaves have been tossed in and out of diminishing paying jobs by voracious pythons of global origins.

Many of these former private sector workers are maturing self-unemployed in the invisible ranks of "consultants" who don't even show up on the unemployment statistics. But, if they do have one good year, the fat cats at Revenue Canada grab marginal taxes at rates of 39%, which leaves little for needed boosts to meagre pensions or savings.

There was a day in Canada when the private sector accumulated family net worth and then created innovative new enterprises. They usually earned about 10-15% more than their comparable service sector employees. But by the 1970's this situation dramatically began to change and by 2011 the private sector workers earn only 70% of what the service sector workers earn. The servants have become the bosses and Canada's entreprenneurial initiative has been robbed.

Canada isn't alone in the expansion and domination of public sector workers to the point that national economies are strangled by government borrowings and massive fixed government overheads for job protection and lucrative pensions. Greece, Ireland, Spain and even Britain have all favoured government instead of private sector growth throughout the past 40 years.

We all have a difficult path ahead to restore an equitable re-distribution and balancing of wealth. There are also many other emerging priorities related to Canada's ageing population and $1 trillion debt.

The time has arrived for Canadian beavers to get their heads out of the muddy water, take a look around, and choose new political masters who can take a body check and still get down the ice to score some goals. 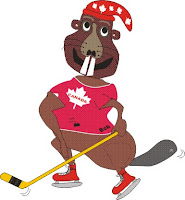